Every Friday, Buffy the Vampire Slayer Online hosts a caption contest on our Facebook and Google+ communities. The caption that receives the most “likes” and “+1s” (respectively) from fans wins and is placed here! Don’t forget to follow our pages to take part and earn a place on our list of winners! 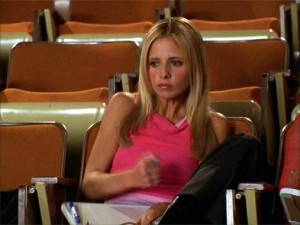 Facebook winner: Emelia Nightshade — “Bella Shmella!… Hmph…She gets married and has a super power kid, and I’m stuck in calculus 101! I’ll strike when the time is right.”
Google+ winner: N/A 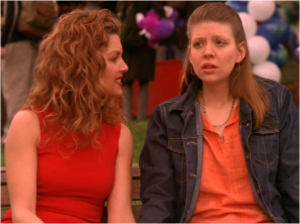 Facebook winner: Amanda Brittany Goodman — “So, I hate to be the one to tell you this, but Willow will eventually marry Wesley and have two beautiful kids…sorry precious.”
Google+ winner: N/A 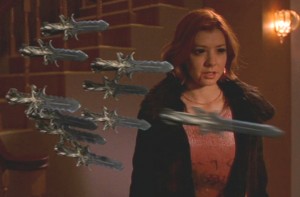 Facebook winner: (tie) Nathan R Matthews — “Bored now. (lol)” and Katie Meisch — “bag of tricks? no, bag of knives.”
Google+ winner: (tie) Spike Stone — “Who stole my pie?!” and Jak Darckner — ”So you think your better than me Jak Darckner?” and Isabella Fisto-Osbourne — “Lesbian rights for the win!” 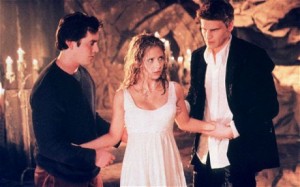 Facebook winner: Vikki Tippins — “One of my most awesome Slayer powers is the ability to be soaking wet in a white dress, without it being see-through…”
Google+ winner: Jonathan Abad — “Mine!” “No, mine!” “Boys, there’s enough of slayer to go around.” 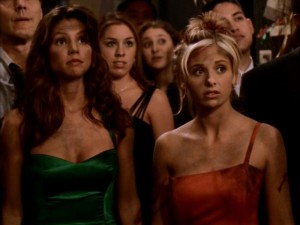 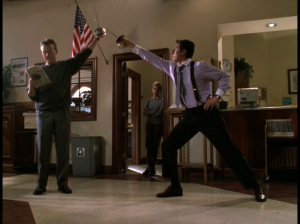 Facebook winner: Meikura Andrez — “Hello. My name is Inigo Montoya. You killed my father. Prepare to die”
Google+ winner: Naomi Oakley — “Giles: I know you don’t like America, but that doesn’t mean that you put a sword through their flag! Weasley: But it’s right there!” 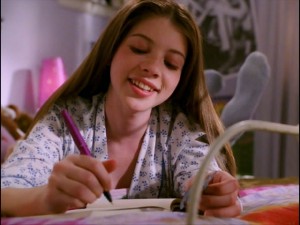 Facebook winner: April Miller Osbourne — “Okay. Where is this “Edward”….?”
Google+ winner: (tie) Joseph Grigoletti — “Grilled Mayor kebab anyone?” and Jak Darckner — ”You call that a knife? I say this is the knife.”