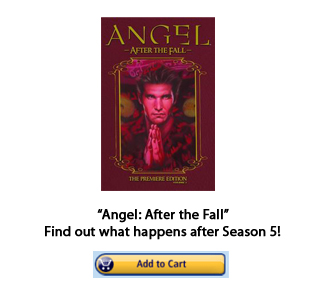 “Angel” the television show begins after the third season of “Buffy the Vampire Slayer,” when Angel, a tortured vampire with a soul, leaves Buffy and Sunnydale, California, to start a private-detective business in Los Angeles and “help the helpless.” Along the way, he joins with two people from the prior show as well as a new crew of friends for the five-season run of the show.

The series finale of the program ended on a controversial, though brilliant, note that left fans wondering, “Well, what happened?” Later, a new series of “Angel” comics continued the story. Here at BTVS Online, we have compiled a list of resources for “Angel” comic books and graphic novels for easy reference for the show’s fans:

In addition, there are various subplots within the comics as well — some individual issues focus on characters like Gunn, Spike, and others. These spin-offs have had their own minor collections that can be found here. 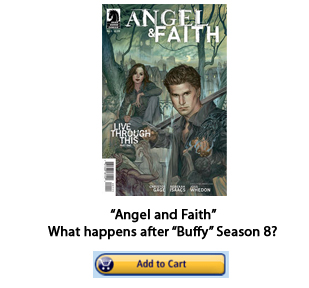 The Plot Before the “Angel” Comics

In case you happen to be a comic-book fan who wants to read this series but has never seen “Angel,” here is a brief introduction.After Angel moves to L.A. and forms his initial circle of comrades, here encounters the law firm Wolfram & Hart, which protects its demon and vampire clients from the, shall we say, “light of day” in the courts and elsewhere. The interaction between Angel and the company forms the basis of most of the conflict in the series.

The following videos are of the first episode and the last episode, so you might want to watch the entire TV show before moving onto the “Angel” comics. Here is a fan-made (not by us) trailer for the “Angel” series finale: