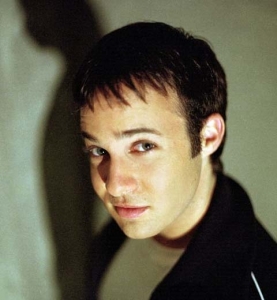 In “Buffy,” Jonathan Levinson (portrayed by Danny Strong) first appears in the early Season 2 episode “Inca Mummy Girl” as an unnamed, dorky student who Xander’s date to a dance tries to kiss — since she’s secretly a mummy who sucks life out of people through the process. She is interrupted, and he survives.

Soon thereafter, he is seen serving coffee to Cordelia at the Bronze since she had just “gotten over” popular guys — since one at a college fraternity had tried to feed her to a snake. Near the end of Season 2, the swim team takes turns dumping his head in a pool of cold water as a joke. In Season 3, Cordelia’s friends point Jonathan out has another “nerd” who she could date after she dumps Xander following his cheating on her with Willow.

As a result of the constant bullying, Jonathan decides to take his own life later in Season 3. Buffy, after being infected by a telepathic demon, hears someone say that he is going to commit murder, so the Scoobies begin interrogating the students to see who is planning to do the deed. At the end of the episode, Buffy sees Jonathan in the school’s clock-tower with a rifle. She stops him before he can kill himself.

In Season 4, Jonathan casts a spell to make everyone worship him and think that he is the superhero of the town (and a great singer and ladies’ man, to boot). However, the spell goes badly, and Buffy realizes what he did and must save the day. Later, in Season 6, he, Warren, and Andrew form the Trio to attempt to become supervillians (albeit nerdy ones) and take control of Sunnydale. After Willow kills Warren and tries to kill Jonathan and Andrew following Warren’s accidental killing of Tara, Jonathan and Andrew escape to Mexico.

In Season 7, Jonathan and Andrew return to Sunnydale, seemingly to pay for their crimes as The Trio and help Buffy fight the First. However, Andrew, who is under control of The First, stabs and kills Jonathan over an evil seal in the basement of the new Sunnydale High School — but not before Jonathan’s speech in which he forgives everyone who had treated him badly and merely wants to help people now.