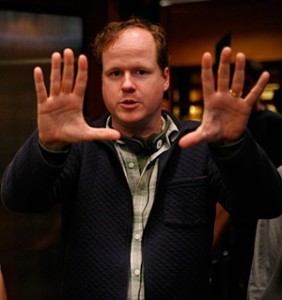 I like three TV shows more than all others. Those are “Buffy the Vampire Slayer,” “Angel,” and “Firefly,” all produced by Joss Whedon. Since I first watched them with my father before I turned ten, these shows have helped me to develop a way of life, an understanding of where I live somewhere between the good and the evil, the living and the dead, the past and the present.

Don’t make fun of me; in the words of the seal of the Order of the Garter: Honi soit qui mal y pense (“Shame on anyone who thinks it bad”). “Buffy,” “Angel,” and “Firefly” teach some very consistent lessons: (1) you never know for sure who your real friends are because (2) you never know for sure what’s true and what’s a lie and (3) for those very reasons, you should always be forgiving and tolerant of others, no matter what they do, because you may need their help someday.

Whedon’s TV philosophy really does teach a great deal about the gray scale, about the gradations between good and evil people and positive and negative actions. “Buffy the Vampire Slayer” was the most popular of these shows, possibly because of the attractive young women who took the lead roles but also because of the consistently-intelligent dialogue and the fact that, unlike so many TV shows and movies, the characters had a certain emotional and social authenticity to them that people could easily (at least for me) relate to.

To my mind, Whedon’s mix of grim realism, humor, and melodrama resembles the style and content of nineteenth and early twentieth-century works such as Charles Dickens’ “Christmas Carol” and Gaston Leroux’s “Phantom of the Opera,” which are also some of my favorite prose writings. The mixture of mystery and horror and music (particularly in the “Buffy” musical “Once More with Feeling” from Season 6) can even be favorably paired with Mozart’s “Magic Flute” or to Shakespeare’s “The Tempest.”

“Angel, a character of immense complexity, parallels Goethe’s Dr. Faustus on the one hand and Mary Shelley’s Dr. Frankenstein on the other in so many, multifaceted, ways.  For some reason, I deeply identify with Angel, the vampire/monster, and I dare say that I think he is both a more realistic and a more sympathetic character than either Faust or Frankenstein. Like Faust and Frankenstein, Angel experiments with his own identity and ability to manipulate the world using his special powers; that, I feel, is a projection of human desires. Unlike Faust, Angel suffers a curse, which is the restoration of his soul to atone for his crimes, rather than the damnation of his soul to do so, but “Faustian bargains” (i.e. compromises) are still an everyday part of his life.

By contrast, “Firefly” (and the later “Serenity” film) is devoid of supernatural events or characters and more similar to Dickens’ “A Tale of Two Cities.” There is an interesting, if somewhat tangential, sub-theme in these shows that mind-altering drugs create monsters. The simple truth is that Whedon connects traditional and modern values and problems.

Charles Lincoln is nineteen and currently a college student. He grew up in Austin, Texas. Charles’s first language is English, and he is fluent in Greek and Spanish. His e-mail is c_lincoln (at) rocketmail.com.