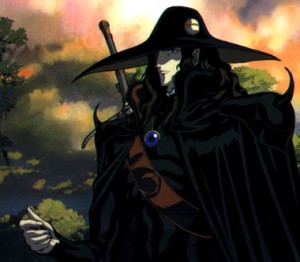 Buffy Summers, of course, was not the first vampire hunter (or slayer) in folklore and history (whether in fiction or reality). But she is the latest archetype in a centuries-old mythology that spans Balkan stories, medieval persecutors, and British writers. In this essay, I argue that the qualities of vampire hunters have remained generally consistent despite the variety of mediums and stories that have involved them over the years. From Transylvania to California, there are certain motifs that, when examined in context, have remained constant in the works read and seen by the fans of vampires and those who hunt them.

The Origin of Vampire Hunters

The origin of vampire hunters cannot be explained without explaining the vampires themselves. According to “Slayers and Their Vampires: A Cultural History of Killing the Dead” by Bruce McClelland, a writer, translator, and vampirologist who received his Ph.D. in Slavic Studies at the University of Virginia, the emergence of the vampire into the Western consciousness occurred in this way more than three hundred years ago:

… a curious rash of hysterical vampire epidemics at the fringes of the Habsburg Empire first brought this type of oral folklore from the mysterious Balkans and the Transylvanian region into Western consciousness.

While I do not want to oversimplify his argument, the original tales seem to involve centuries-old stories of mysterious, outside-the-mainstream people who had gone against their Orthodox Christian communities by embracing heretical and/or pagan ideas and practices. They were one example of “The Other.” (McClelland writes that the first “vampire” in the historical record was “a defrocked priest who condemned himself for having been so weak as to allow himself to be initiated into a pagan ritual.”)

The idea of society battling outcasts, according to McClelland, can be seen in the medieval Inquisition as well before Bram Stoker first popularized the vampire (book, movie). The enforcers of the Inquisition sought, tried, and killed the “Others” in their countries — “witches,” Jews, and Christian heretics. The Inquisition was empowered with identifying those with supposedly supernatural or other non-mainstream beliefs or practices since doing so would generally be beyond the ability of the everyday person. Again, McClelland:

An examination of early Balkan folklore reveals that the vampire slayer [or Inquisition official], whose perceptive powers transcend those permitted to ordinary Christian villagers, is the vampire’s true mirror image [a theme that will be addressed later]. 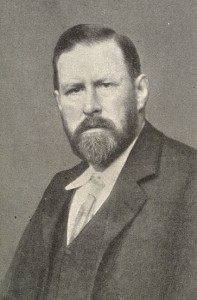 Both the Balkan folklore and the idea of experts who can identify and fight the “Other,” according to McClelland, were combined into Bram Stoker’s “Dracula”(book, movie), the first popularization of the vampire mythos and on which everything to follow, including “Buffy,” is based:

Bram Stoker drew on folklore and history compiled from several sources: an English-language literary tradition about vampires dating back to around 1800; stories abut Central Europe possibly passed on by the Hungarian agent, provocateur, and adventurer Arminius Vambery; and Stoker’s own researches into travelogues, Transylvanian and Carpathian ethnography, and Romanian history…

In the original “Dracula,” Abraham van Helsing is a Dutch doctor and lawyer and a credentialed specialist in vampires. Just as the Inquisition relied on “expert” Catholic Church officials — likely often imported from elsewhere — to root out the “otherworldly menace” in various western-European countries, so is van Helsing a foreigner with credentials and knowledge that allow him to do in another part of the world what none of the “commoners” in Transylvania could do themselves.

In addition (and admittedly without any external evidence), I would posit that Stoker’s choice of the name “Abraham” is also symbolic and a literary device as well. In Hebraic mythology, Abraham was “called” to leave his people, journey to a new land, and become the forefather of a new nation of people. Abraham van Helsing did the same — he had a “calling” of a specialized ability, he journeyed to a new land for a noble cause, and he founded a new nation of people (those who would know about and fight vampires). I would also argue that those in the Inquisition likely felt the same way (albeit in their own historical, societal, and religious context).

“Vampire” hunters and slayers in folklore and fiction, just like their prey, have always operated outside the societal mainstream. The Inquisition largely operated outside official channels. Prior to the Treaty of Westphalia in 1648 (which established the idea of the sovereign nation-state and the right of countries to choose their own (Christian) religions after the horrendous Thirty Years’ War), the Catholic Church was essentially an international authority that ignored national boundaries. The Inquisition largely did what it wanted — local authorities be damned (no pun intended). 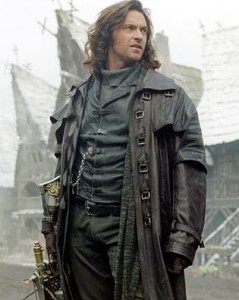 This characteristic is also present in the vampire hunters to follow in the fiction of later centuries. From Stoker’s van Helsing to the 2004 movie of the same name to Buffy herself, those who hunt vampires always do so without regard for the local civil authorities (and are often hampered by them as a result). As McClelland writes:

The group’s designation of the slayer, or seer, or hunter serves to absolve the group from any accusation of injustice (since the ritual actions taken against the vampire ultimately have to take place out side the law).

The reason is not too complicated to understand. A vampire hunter may need to commit privacy invasions (spying on lairs), trespassing (entering lairs), and (arguably) murder (slaying vampires in their lairs). To achieve the goal of ridding the human world of a supernatural menace, there is neither the time nor the ability to resort to civil means. Can anyone imagine van Helsing or Buffy obtaining arrest warrants and then bringing vampires to trial?

As I wrote in an earlier essay entitled “Buffy, Authority, and Fascism in Joss Whedon’s World,” vampire hunters often cite an “authority derived from an ancient order” — van Helsing (2004) has the Knights of the Holy Order while Buffy has the Watchers’ Council — as a justification for their pan-national behavior in which their decisions trump all worldly authorities.

The Vampire Hunter as a Mirror Image

From Balkan folklore to the Inquisition to Bram Stoker to Buffy, a composite of the “vampire hunter” can be created: 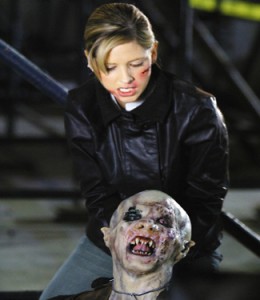 Buffy Summers exhibits all of these qualities. She slays demons — those who want to disrupt mainstream society — when mainstream society cannot. She has prophecies in dreams and has physical and psychic abilities that other humans do not. After the original film, she moves to the new land of Sunnydale, California. The Scoobies largely do what they wish despite what the civil authorities want (especially because they are often, knowingly or not, in “cahoots” with the evil powers).

However, the relation of Buffy to the vampire hunters of old does not end there. As McClelland writes:

…the vampire hunter or slayer is not at all a modern phenomenon, dreamed up by Gothic writers for dramatic or literary purposes. More likely, this character is a reflex of an ancient shamanic figure possessing the healing power to peer into the world of the dead.

This characteristic is evident in the character of Buffy Summers, especially in Seasons 4 through 7 of the television show. Until the end of Season 4, Buffy had merely been a girl who had happened to have some supernatural powers to slay the forces of evil. However, she slowly became more “mystical” thereafter. As both dream-sequence Tara in the finale of Season 4 and then Dracula himself in the opener of Season 5 told Buffy, “You think you know what’s to come, what you are. You haven’t even begun.”

That statement sent Buffy on a shamanistic, metaphysical quest to understand her true nature. In Season 5, she re-enlisted Giles to become her watcher and teach her — a request that led to, among other actions, her using crystals in shamanistic fashion early in the season. In Season 7, she used a strange bag given by Principal Wood to journey to the mystical moment back in time when the watchers created the first slayer.

Still, the greatest resemblance of Buffy to the ancient shamans of vampire-hunter lore was the fact that she had a “healing power to peer into the world of the dead.” Of course, the slayer had always faced death — from Jenny to Tara to Anya to countless other innocent bystanders and not-so-innocent demons. But in the latter seasons, she realized the death itself was a part of her inherent identity.

In the Season 4 finale, the First Slayer haunts and kills the Scoobies in their dreams because Buffy had supposedly turned her back on the Slayer Line by having friends and, well, a life. Then, in Season 5, the First Slayer tells her that “death is [her] gift.” Of course, we would see that Buffy would give her life that year to save both her little sister and the world, but there is also a greater meaning. Both vampires and slayers give death as a gift — but vampires give it as a gift to themselves (to prolong their unnatural lives by feeding) while slayers give it as a gift to others (to save lives and the world).

As such, McClelland writes that vampire hunters or slayers are a vampire’s true mirror image — and Buffy Summers is just the latest example in a long-running mythology.

Question: We have not seen “Abraham Lincoln: Vampire Hunter” (book, movie) yet — how do you think he holds up to the archetype?