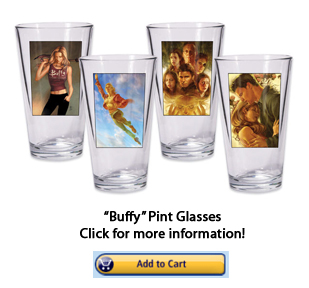 If you imagine “Buffy” pint glasses and shot glasses, you are probably thinking of ways to have a “Buffy” drinking game! Here are some ideas we found online for when to drink (these could be used only in each season or in a combination): 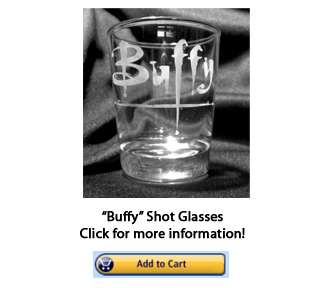 We collected these “Bufffy” drinking games in part from the sites here, here, here, and here. Of course, there are countless additions that one can make based on “Buffy” Season 8 and “Buffy” Season 9, not to mention “Angel.” If you have any other ideas for us to add, let us know, and we will credit you and your website!